It’s no secret that children of all ages love internet gaming, and in particular, the world’s most popular video game, Minecraft. And children with Autism are no exception to this global phenomenon. “When working with children with ASD I noticed that almost all of them play Minecraft,” says Clinical Psychologist Luke Blackwood.

“Minecraft is an open world game with a number of plugins that allow you to create almost anything, there is even an equivalent to electricity called Redstone.” Which is why he’s put the game at the centre of his online therapy program Legend Land, which enables children with Autism to access unique and effective treatment, regardless of their ability to visit a clinic. “Legend Land is a powerful a way of engaging younger children online. Children learn best through play and Legend Land offers a fun, interactive way of bringing therapy to life. “This allows clients to see and interact with the therapeutic content in a way that has not been possible before and gives them a fun, familiar and safe place to scaffold social and emotional learning.

The online therapy program begins with a video conference between the therapist and the child’s parent, to gauge treatment requirements. “The client and I will then enter the therapy world, Legend Land, with our Minecraft characters whist being connected via video and audio. “The game acts as a tool for the clinical psychologist to bring the therapeutic concept to life through characters, puzzles and activities to learn about the topic. “We will also be completing a worksheet while they move through the session activity. At the end of the session the worksheet is reviewed with the client and parent and we discuss how the content can be applied to the real world.”

Mr Blackwood says using a popular game like Minecraft to engage children, is similar to the difference between a boring teacher, and an interactive one.

“Children learn better and remember more when the content is fun and engaging and look forward to coming back.

“Full Potential Psychology’s Minecraft Therapy Server, Legend Land brings the session activities to life in a fun and interactive way that I have not been able to do before, especially on an online platform.”

While the concept of Legend Land is still new, Mr Blackwood says the response has been positive. “There is a real need for specialist ASD services in rural and remote areas and I have loved working with them. “We are constantly building more therapeutic content that brings these evidence-based interventions to life. “Right now we are constructing a giant floating brain but I can’t give too much away.”

Mr Blackwood says using Minecraft as a therapy tool has also been effective in face-to-face consultation in children with both ADHD and ASD, who found concentration difficult.
“Children previously found it difficult to engage because of high levels of anxiety and have responded really well.” But Mr Blackwood says Legend Land is more than just a name.

“Children are encouraged to be legends at home and school by managing our strong emotions, being kind and looking after other people.”

Crucial to the successful treatment of children with ASD is that they feel empowered by the process. “Two days ago, I congratulated a 9-year-old for having Autism Spectrum Disorder (ASD), as his mother and I informed him of his diagnosis, explained ASD and described the roles of the team that will be working with him. “These therapies seek to empower and begin by giving the person with ASD and their families an understanding of condition and their child’s profile of strengths and needs.”

People with Autism have difficulty understanding and predicting the social world and the actions and intentions of others, he says. This can lead to anxiety, depression and issues with identity and self-esteem. People with Autism can also have difficulty with executive functioning which is why there are higher rates of ADHD than in general population and can contribute to a lack of flexibility in thinking.

“This therapy brings the concepts from cognitive behavioural approaches and social skills training to life,” says Mr Blackwood. “There is strong focus on education, empowerment, emotions and social skills. “However not all the skills are developed in the Minecraft Therapy World, a lot of work is done with parents, particularly in younger children. “I often say to parents that I have them for 1 hour every two weeks, the other 335 hours is primarily spent with them, so their involvement is essential in supporting their child to become one of Legend Land’s little legends.” 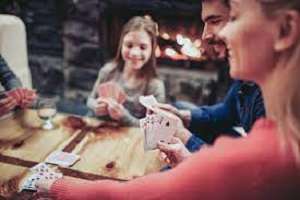 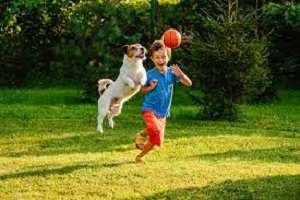